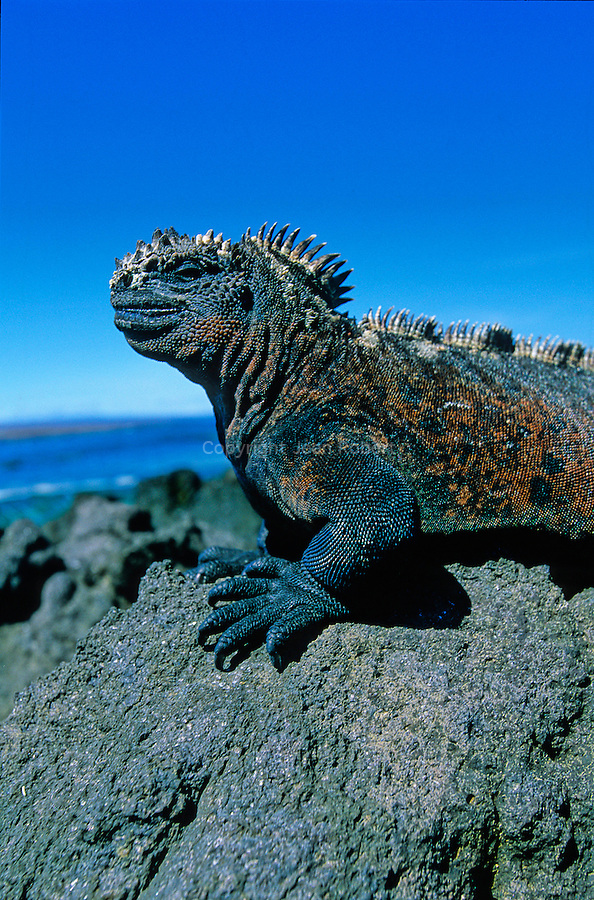 Galapagos 37.JPG
The Galapagos marine iguana is the world's only sea-going lizard and is found on all of the main islands
Iguanas have colonized any single rock and it becomes hard not to walk on them !
There are seven races or subspecies which vary considerably in size and colour from island to island. The marine iguana lives largely on lands but feeds inshore and in the intertidal zone at depths of up to about 10 meters.
Because it is cold blooded, the iguana must warm up by baking in the sun on the black lava rocks. To avoid overheating, it varies its position in relation to the sun. It feeds alost entirely on red and green algae. The males take on a red tinge during the mating season
(c) Jean Robert, all rights reserved /www.jeanrobert-photo.com
Galapagos